A few weeks ago, after writing the first part to Snofall: The Legend of Svendsen, instead of continuing with it, I decided to write the first parts to two other ideas and then open a poll so that you, the readers, can choose the serial story!

Here are the three contenders and their premises:

Snøfall: The Legend of Svendsen: Despite their mother’s efforts, fifteen-year-old twins Mette and Hans-Peter have grown up hearing the stories of the legendary Rolf Svendsen, who fought against the injustices in their tiny village. But when things went wrong, he disappeared. Now, with their mother in danger and the hold on their village tightening, they go on a quest to find Rolf in the hopes that he’ll help once more.

The Journey Home: Fourteen-year-old Madison Jennings has yet another dream about being abducted, but when she tells her dad about it, he brushes her off and says it’s only her imagination.

Anthony Blake, a private investigator, uses every minute of his spare time when he can to pursue leads on an eleven-year-old cold case for personal reasons.

The Family Trap: When the orphan train comes through their town, feuding neighbors Cordelia Owens and Thaddeus Wilder each decide to adopt an orphan, but a problem soon arises – the girl she wants and the boy he wants are siblings.

Update: The length of time for voting is extended to midnight, September 1st. 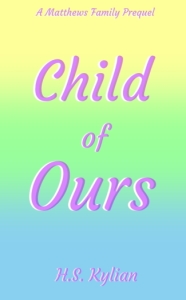