Gillian Bennett’s hand stilled in mid-air. After a few seconds, she lit the candle and placed the glass back over the light. “We’ve been over this, Phoebe,” she said, a hint of melancholy tugging her voice. “Your father is never coming home.”

“But you said he was lost at sea,” Six-year-old Arthur piped up as he pushed his cap back up onto his forehead. “Papa just needs a map.”

“No, Arthur,” Gillian replied. “Lost at sea doesn’t mean…what you think it means.”

“What does it mean, Mother?” Phoebe asked.

Gillian looked past the light to the sea beyond. The setting sun was mostly hidden by dark clouds, indicating a storm was starting to brew.

Five years. Phoebe barely remembered Henry, and Arthur didn’t remember him at all.

Gillian felt a tap on her arm and looked down. Arthur’s green eyes searched her face quizzically.

“Mama, what does lost at sea really mean?”

She shook her head. “Not yet,” she said. “I won’t tell you yet. Come on, it’s bedtime.” She beckoned for them to follow her downstairs.

“Mama, please tell us!” Phoebe insisted as Gillian tucked her into bed. “Please?”

“Phoebe Eleanor Bennett, I have already said not yet,” Gillian replied. “You need to be content with that for now.”

Phoebe sighed, defeated, and plopped onto her side, her mousy brown hair flying in all directions. She brushed it away from her face.

“I love you,” Gillian added, kissing her daughter’s forehead.

Gillian bent down. Arthur fiddled with the hem of his quilt. She removed his cap and set it aside before kissing the top of his head. “Go to sleep, little sailor,” she said, smiling. “Love you.”

Arthur returned the sentiment and burrowed himself under his covers. Gillian straightened. Phoebe was now on her side.

“Love you, Mother,” she said sleepily.

Gillian smiled. She left the room, closing the door behind her. When every light but one had been put out, she sat at her desk and took out a piece of paper. Outside, the light cut into the darkness.

Her fingers curled around the fountain pen and she clenched it tightly as she searched for words to write.

Today marked five years since your crew came back to shore without you.

She pressed her lips together.

I don’t remember mentioning this in one of the other letters, but while I helped Silas gather everyone into our home, I wanted to ask what had happened. I decided instead to wait until you came in and said so yourself.

Five years earlier – “Henry?” Gillian called into the darkness, the rain stinging her face and the wind threatening to loosen her red hair.

She turned to face her husband’s first mate, Silas Evans. “Why?” she asked, a sudden feeling of dread in her stomach.

Silas glanced down at the floorboards for a second then back at her. “He never got off the ship.”

“What?” Of all the things Henry wouldn’t do, not getting off a sinking ship was one of them.

“He went back. I don’t know what for, but he went back below deck and we never saw him after that.”

Gillian looked around at the men crowded in her home. Their gazes matched Silas’s. Solemn and…and hurting.

She turned back to the outdoors. The sea crashed hard against the rocky cliffs, as though it were furious it hadn’t taken all the souls on board.

But you never came in.

The first tear dropped onto the page, marring the word ‘heart’. Gillian wiped at the other threatening to spill. She gently dabbed at the liquid on the paper and continued her sentence.

Never before had my heart broken in two the way it did that night. What did you go back for, Henry? What was so important you felt you needed over the chance to come home to us again?

Her hand shook and she set the pen down. Both hands formed into fists clutching her skirt as she struggled to keep control.

A few minutes passed. Her throat tightened. She pressed one hand against her mouth and tried to keep writing.

Then she couldn’t keep it in.

Gillian awoke the next morning to find herself still at her desk. She straightened and her tired eyes drifted to the mostly-finished letter before her.

After a moment’s hesitation, she took up the pen again and finished it with, Your love, Gillian.

3 thoughts on “Lost At Sea” 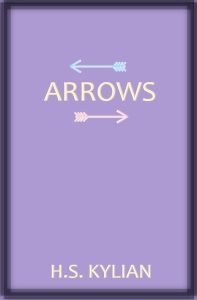