Originally, I was going to write the The Woodsman by hand throughout the rest of May and all of June, then rewrite it during Camp NaNo in July.

That plan went out the window before May ended.

So, I’m going to set The Woodsman aside (again), and write a novella about the Matthews…but they’re not the Matthews I’ve talked most about. Connor & Kelly’s story is still on hold right now as I figure out stuff. I think I might have something…but I’m not entirely sure.

The Matthews for this particular project are Connor’s great-great-great grandparents, Ezekiel ‘Zeke’ and Alice Matthews.

I actually don’t have a summary…at least one that’s not finished. But I do have a title and I can tell you the basics.

Ezekiel and Alice are engaged when the war breaks out, and they decide to get married the day before Ezekiel leaves, and then Alice decides to join one of the civilian camps that followed the army around, and she winds up being a nurse.

Can’t say anything more than that because *SPOILERS*.

On second thought, I suppose the Gettysburg segment is already spoiled because I wrote it for a short story contest Kellyn Roth held back in 2018 and it was only after the contest that I considered extending it into a full story.

Are you in participating in Camp NaNo for July? 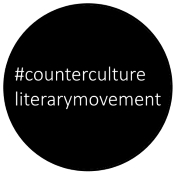